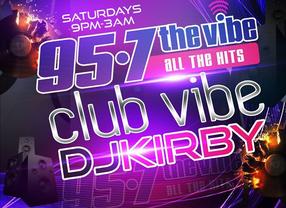 ​DJ Kirby has emerged as one of the most entertaining DJs in the United States. His distinct style of mixing and blending classic party music and music videos, spans every genre from AC/DC to Jay-Z, 80′s to pop. He has performed with everyone from The Black Eyed Peas, Bon Jovi, Rob Thomas, Busta Rhymes, Outkasts, Brittany Spears, Maroon 5, Justin Bieber, Jay-Z, Justin Timberlake, Kid Rock, Puff Daddy, and many others.

Kirby currently has a weekly mixshow every Saturday on 8 different radio stations across the country. He also prides himself on owning V 93.5 in Parsons Ks where he can be heard spinning on Saturday nights. Kirby travels all over the world performing at corporate events, private parties and the hottest nightclubs. DJ Kirby's Video Mix Show offers guests not only the best musical entertainment available from a national touring DJ but the most entertaining and hypnotizing music videos remixed, blended and scratched in a way only Kirby can.

After college Kirby DJed the nightclubs and party yachts of Hawaii for 5 years. He then graduated to the air-ways of radio. DJ AL3 of Power 92 in Phoenix and the official DJ of the UFC taught Kirby the ropes, while DJ Bobby O of Seattle gave Kirby his big break on KUBE 93.3. Kirby spun the WAKE YOUR ASS UP MIX for the T-man, Shelly Hart's OLD SCHOOL LUNCH BREAK BOOTY SHAKE and the Friday Night Mix Show on KUBE 93 for 3 years. These mix shows got him noticed quick and he soon took over the radio air waves of Kansas City spinning the Friday and Saturday Night Mix Shows.

Currently, Kirby has spun a mix show EVERY Saturday night over the air-ways of Kansas City for the last SEVENTEEN years. DJ Kirby can be heard every Saturday on Cumulus's, 95.7 the VIBE.

Kirby has also been the go to entertainer for XM Satellite Radio's premiere parties. Kirby has performed at the Major League Baseball's All-Star Game two year in a row, The PGA's Birdsnest Party 3 years in a row, The NFL's Super Bowl Party, and over half a dozen performances at Walt Disney World properties. Kirby is the featured DJ for Garmin, Mercy Hospital, H&R Block, Cerner and several other corporations. Kirby is the official DJ of the Providence Medical / Sandstone Amphitheater Summer Concert Series. Kirby also prides himself in performing and entertaining children and adults at more that two dozen charity events a year and is the touring entertainer for the TEAM SMILE CHARITY. TEAM SMILE is Kirby's favorite charity. Check em out at www.TeamSmile.org

Although Kirby performs at some of the biggest parties across the nation, he pride himself on local KC events. You can find DJ Kirby entertaining thousands in Kansas City every month at Wedding Receptions, Charity Events, Bar & Bat Mitzvahs, Father Daughter Dances, Pool Parties and Holiday parties.

If you have an event that needs something more than "just a DJ" call Kirby at 1-855-DJ-KIRBY to discuss booking and availability (suggested booking is a minimum of 5 months in advance). 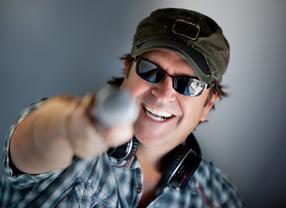 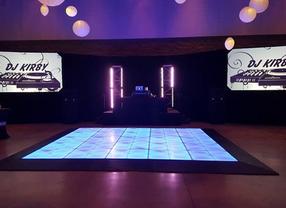